I’ve got to say that I was looking forward to this weeks #HairHour – a Q&A with @SydHayesHair on session hairdressing. However, I was sort of gravely disappointed because Syd Hayes didn’t follow the normal Twitter chat convention of using the bloody #HashTag! In the end I had to poke around for Syd’s insightful and razor-sharp answers.

Twitter chats are usually far too frenetic to miss out the hashtags: use a tool like ‏tweetchat.com or ‏tchat.io, they make it much easier to follow and participate, and they automatically include the hashtag at the end, so you won’t forget.

When you use the hashtag everyone can enjoy your wonderful tweet and at the same time you are helping to promote ‏#HairHour – Spread The Love.

(BTW, that wasn’t a criticism aimed at Syd, just a general comment for anyone on #HairHour!)

Anyway, I thought I would gather the questions here and write My answers! If you want to read Syd Hayes’ answer, just click on the Tweet!

Q1, @SydHayesHair With the amount of stylists interested in branching into session work, what are your must haves to make it? #hairhour

Q1: With the amount of stylists interested in branching into session work, what are your must haves to make it?

Talent is number one, fortitude and commitment follow close behind. And even though You are solely responsible for the hair, the ability to work within a creative team, and a bloody thick skin – you are going to get criticism; session hairdressing isn’t all fun. Yeah, it is!

Q2. @SydHayesHair What is it about session work that inspired you to pursue it as a career? #HAIRHOUR — HAIRHOUR KATE (@hairhour_kate) October 7, 2015

Q2: What is it about session work that inspired you to pursue it as a career?

I’d been on very many sessions with Robert Lobetta as his ‏Junior at Ricci Burns – getting out of the salon was vital for my sanity. I must also mention Leon Hammé, whom I found extremely inspirational. Session hairdressing seemed a natural progression.

Q3, @SydHayesHair Being a salon director how do you how do you manage balancing your session and salon work? #hairhour

Q3: Being a salon director how do you how do you manage balancing your session and salon work?

One doesn’t need to be a salon director, session hairdressing is all about time management. Get yourself organised, being late is never an option!

Q4. @SydHayesHair do you find the skills learnt in the salon easily transferable to the session world? #HAIRHOUR — HAIRHOUR KATE (@hairhour_kate) October 7, 2015

Q4: Do you find the skills learnt in the salon are easily transferable to the session world?

Of course! It’s just that session hairdressing tends to be high speed, precision hair dressing – One never cuts a models hair during a session (maybe the odd fringe).

Q5, @SydHayesHair what qualities do you need to posess to survive and thrive in such a busy industry? #hairhour

Q5: What qualities do you need to possess to survive and thrive in such a busy industry?

I totally agree with Syd Hayes, "Positivity and dedication! Be open to change in your work, adapt and adjust. Sometimes trying new things in a different way can work."

Also, the ability to watch, listen and understand. It’s not just a matter of keeping ones finger on the pulse of fashion, it’s more a matter of surfing the wave of fashion!

Q6: Where do you see hair trends going this upcoming season?

My styles predictions for 2015 posted on 18 January 2015 say: Finely highlighted with natural glossy highlights and lowlights mainly Blonde. Short bobs with a slightly 1980s to 1990s coupe sauvage-esque, dishevelled look that have a geometric precision that is out of place in today’s world. I was very happy with this prediction as it suits my style of hairdressing: a flowing precisionist hair-cutting technique! Precision cut short fringes. 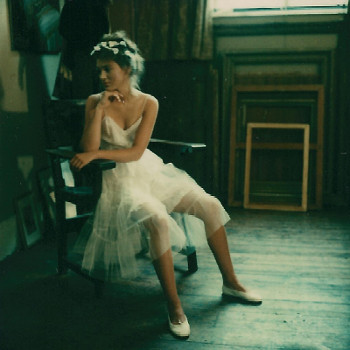 A memorable session with Rod was a promotional shoot for Way In – Way In was an in-store fashion boutique/department at Harrods.

I suppose, if I remember correctly, the session was our attempt to pay homage to, and add some sophistication and change to the ever dwindling New Romantics fashion scene, which by August 1981 was getting past its best – Spandau Ballet meets Edgar Degas!

I’ve a strong feeling that Delightful Delroy has pegged out – if you know what has happened to the fashion photographer Rod Delroy, Please Let Me Know 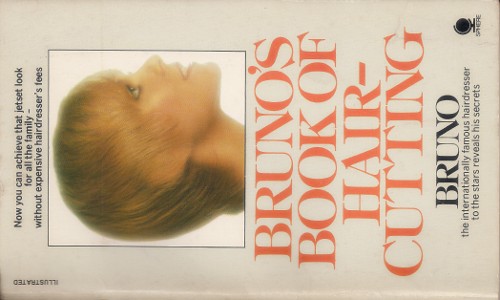